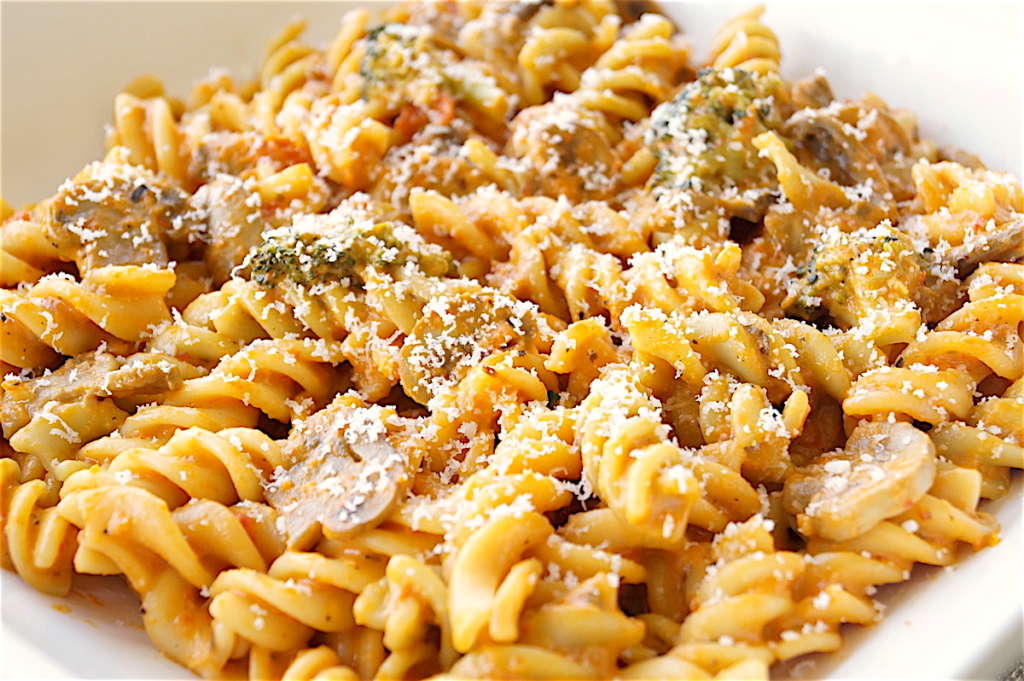 Pasta, the flavourful dish from Italy has somehow become so popular in India, that it features in most dinner parties, kiddie birthday parties, buffets and multi cuisine restaurants in cities. It’s super easy to make, tastes wonderful and can be adapted in so many ways – and has – in so many countries to suit their own ingredient baskets that the Italians must be crying about how its been butchered by one and all. Much like Indians do when we eat our cuisine abroad!

This dish is surprisingly one of my kids’ favourite in the pasta basket. It’s the only dish where I can get my son – whose dining table drama includes whining and gagging whenever he gets veggies he doesn’t like – to eat three of his most disliked vegetables – bell peppers, broccoli and mushrooms – and actually enjoy most of it. The sauce is so yummy that it makes everything taste good. As I’m a bit of a strict mother where food and nutrition is concerned, the kids have to eat healthy veggies they don’t like sometimes. No negotiations, but I try to make them more bearable if i’m giving it to them. 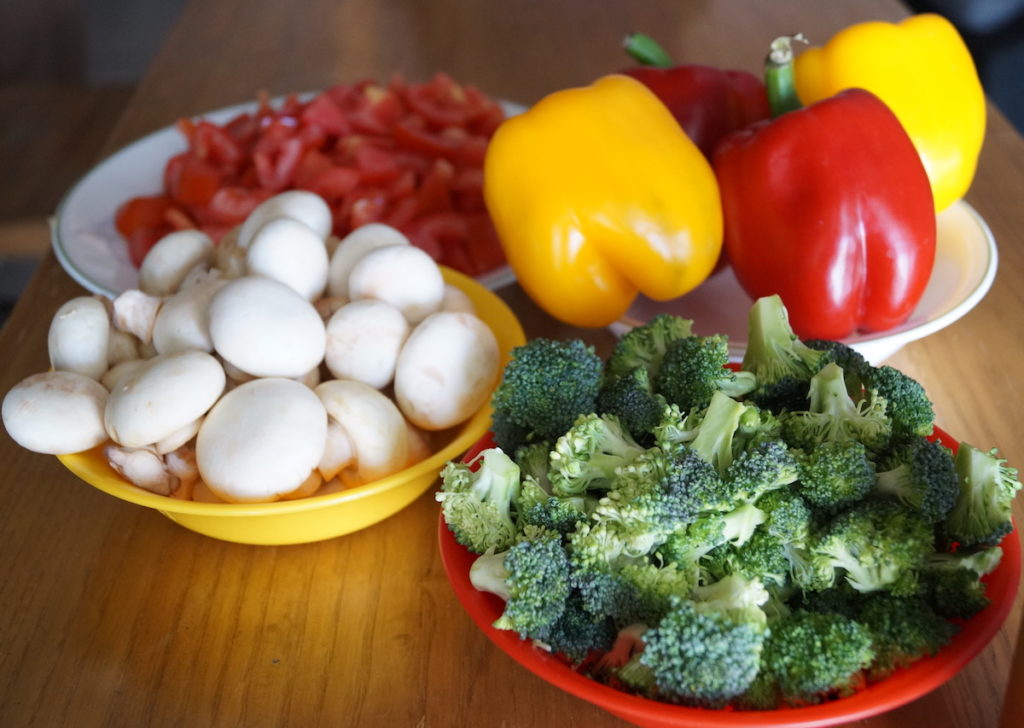 From not being able to even eat anything touched by green capsicum when I was a kid to actually being able to eat one or two thin slices in a sandwich or pizza has been a huge progress for me. I also don’t mind something flavoured with it, but the thought of having soggy green capsicum is still too much for me so I’ve left it out entirely here. Guess you see where the brat gets his distaste for the veg from huh.

Red and yellow peppers on the other hand, I love, and there’s the added benefit of eating coloured vegetables that are rich in antioxidants. They have a mellower and less pungent flavour which makes them excellent to use in sauces or salads or even just roasted with garlic and olive oil with their skins removed. You can remove the skin here but I wouldn’t bother with the extra work which would set you back 20 minutes and wouldn’t make much of a difference. 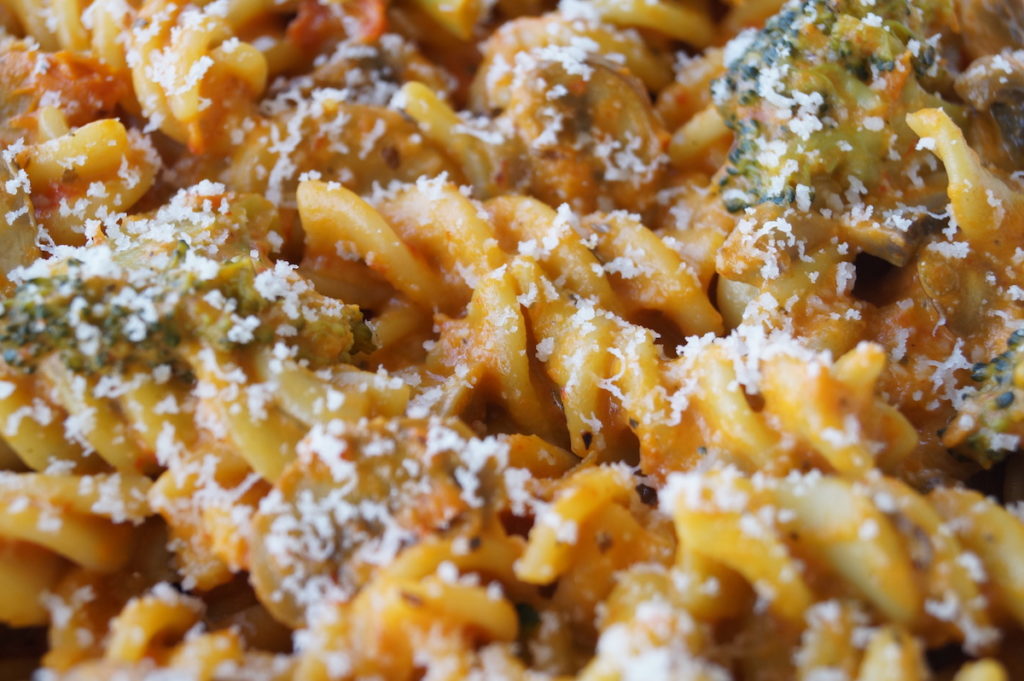 You can add anything to the pasta. Vegetables of your choice or chicken, or sausages, or whatever really. This just happens to be my favourite combination and I feel I’m getting a good dose of healthy with the broccoli added to it. The combination of the two coloured bell peppers, tomatoes, cream and cheese provides a delightful mellow flavourful sauce. I’ve added no spice to it as it truly doesn’t need anything else. I used the tricolour fusilli here. You can use plain, or penne or macaroni or any other pasta actually. Here goes.