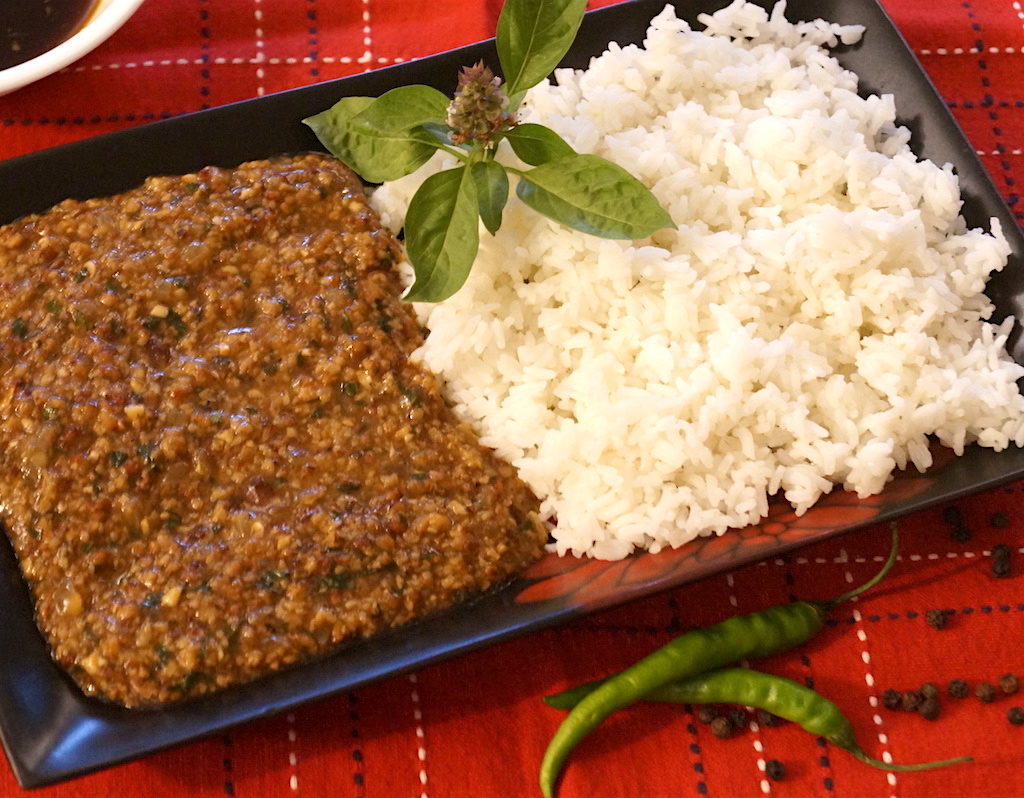 This Thai basil dish is most commonly made with chicken and it seems to be one of the most popular chicken preparations in Thai cuisine after the ubiquitous red and green curries. However, in keeping with my tradition of changing things up most of the time, I did it differently and I must say, it’s just as delicious, if not better.

My Thai basil lamb dish came about last week when I had two uncooked lamb patties left over from making burgers and a handful of mince from which I had made the burger patties. As it is a sweltering 40 degrees celsius around here with crazy humidity, our refrigerator has also thrown its cooling hands up and decided that things like meat and other raw stuff can go die in a day or two, no problem. 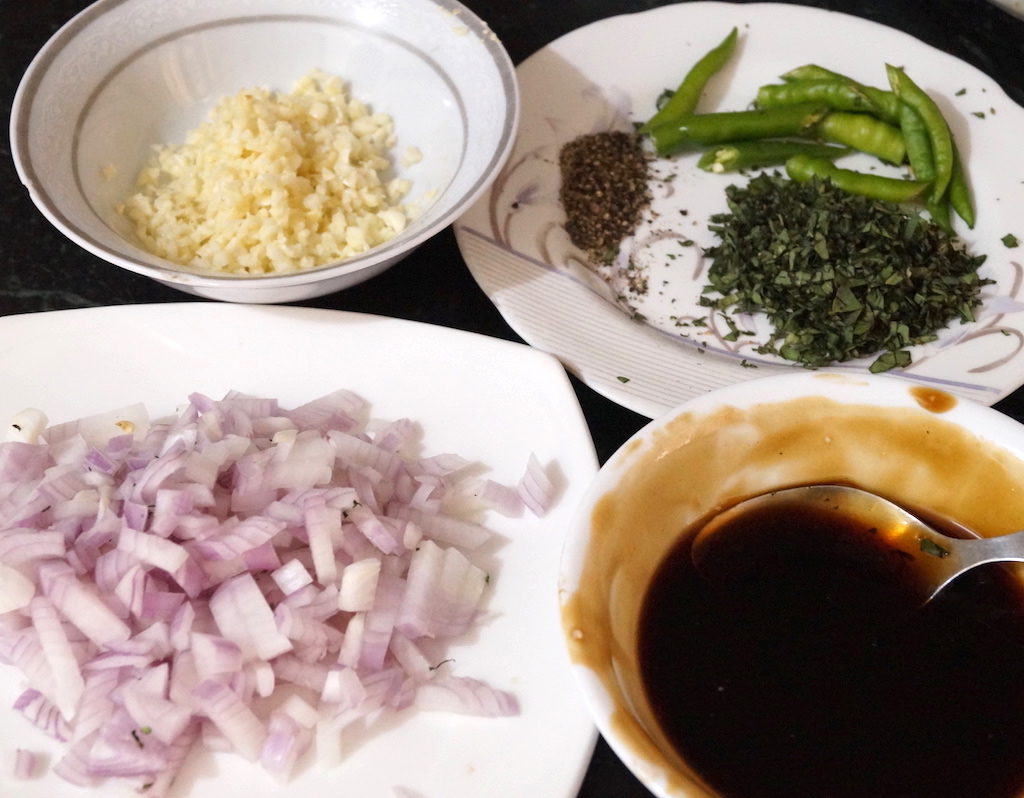 So before they all went bad, resulting in the whole lot being dumped into the trash (sacrilege), I decided to use the leftover lamb mince, throw in the patties – to which I had added a whole lot of spices like coriander, cumin, garam masala and mint leaves and make something of it. Added all the sauces and it turned out delicious. Totally masala-fied! A real mish-mash of flavours that really complemented each other and the lamb got gobbled up by the family. And the crazy thing is that my teenage son’s capacity for spice has shot through the roof these days and he just loved it! 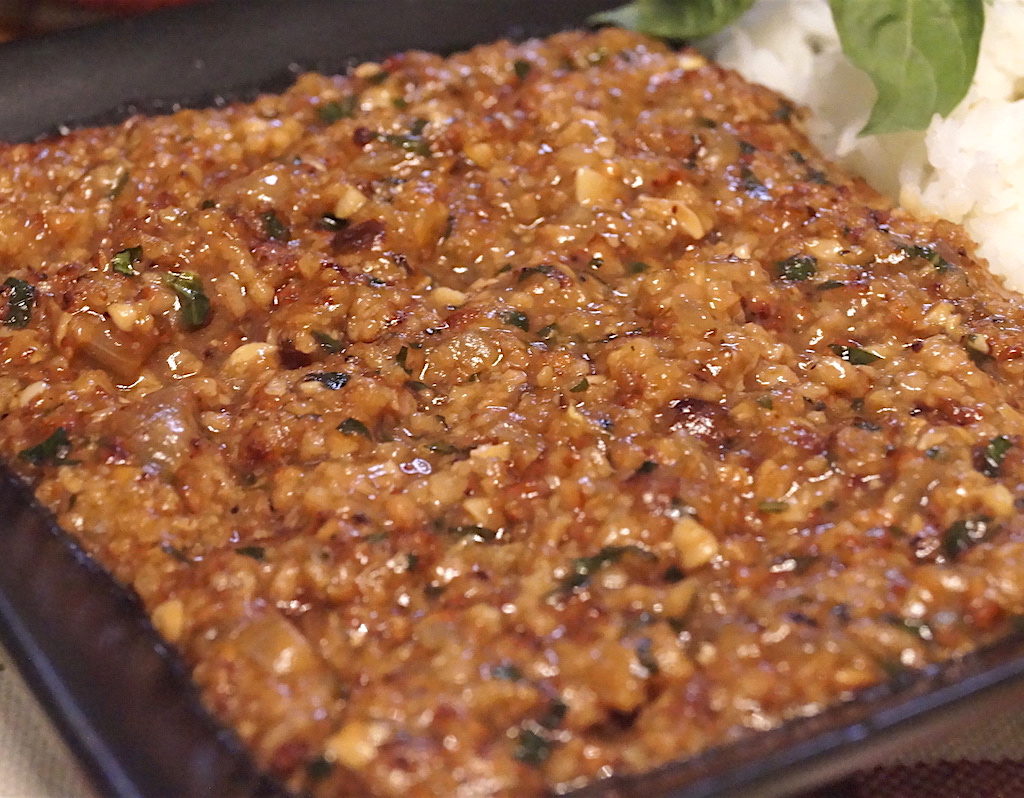 This time for the blog however, I made the Thai basil lamb in the traditional manner and only omitted the fish sauce. The oyster sauce is salty enough and combined with the soy sauce you don’t need any more salty additions. Cornflour I feel is essential to give the dish a silken texture. The chillies I used were long green chillies because that’s what I had in the house and the flavour was awesome, but you can use the red birds eye chillies but way fewer. I also like to keep them in large pieces so it’s easier to discard at any point and not have to bite into a fiery hot chilly and burn your tastebuds for the rest of the meal. 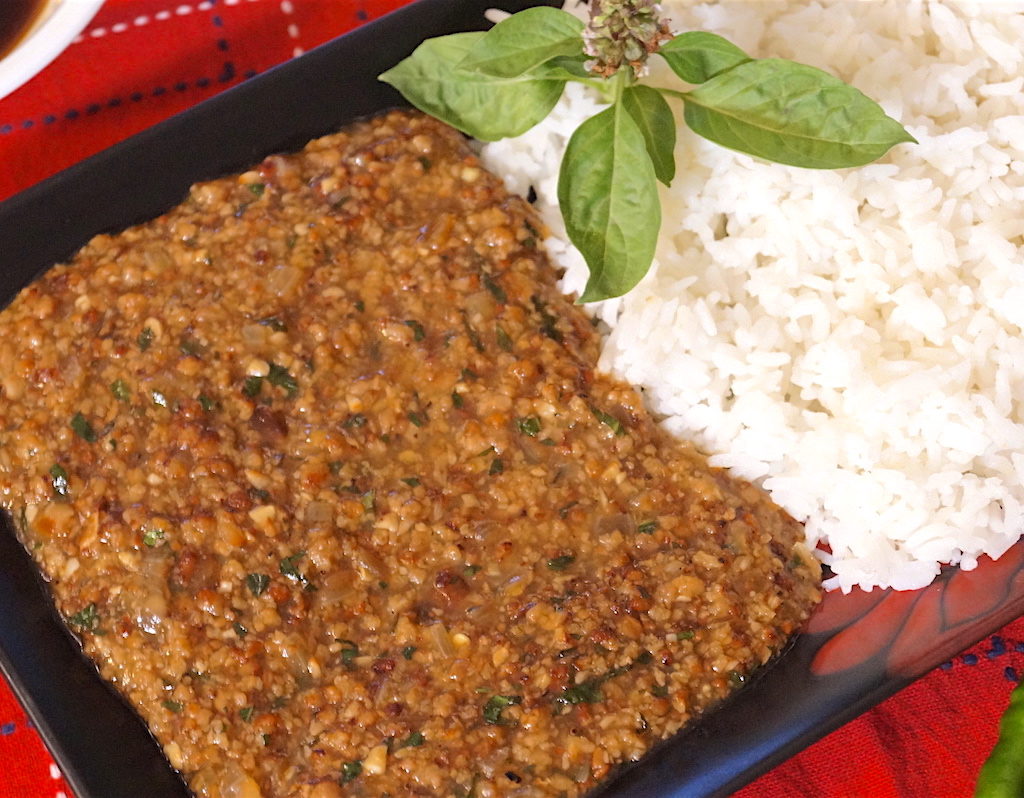 I removed the chillies before plating the dish. Please use chillies according to your heat tolerance. You can keep it to just one or two chillies also if you like or omit them altogether for children. Remember, the star of this dish is the basil. Don’t skimp on it. One good cupful of basil leaves which you will then chop finely which will become 1/4 cup of finely chopped leaves. (NOT one cupful of finely chopped leaves). Lamb or mutton is also a more forgiving meat and does not dry out like chicken so you don’t have to worry about overcooking it if it goes beyond the timeline. Just don’t burn the garlic.