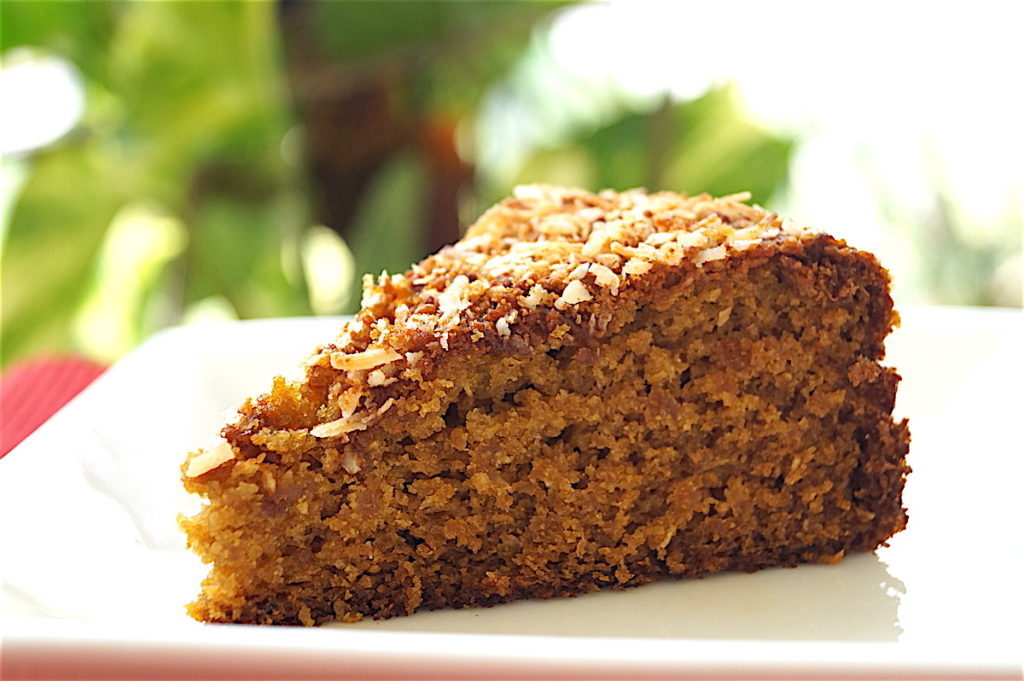 This cake is a tribute to my Indian heritage and is inspired by my love for coconut and jaggery combinations in many Indian sweetmeats made for certain festivals. One item called Modak, a rice flour dumpling stuffed with coconut and jaggery is a particular favourite and every time a friend’s mother-in-law makes it, she’s been given strict instructions to make an extra batch just for me. This was the flavour base I was going for in the cake.

Modak, said to be the favourite sweetmeat of the Hindu God Ganesha, is made as an offering to on Ganesh Chaturthi, the day Lord Shiva gave his son Ganesha an elephant head and declared him superior to all the other Gods. I wait for this time of year to get that plate of Modak and I DO NOT SHARE! As it is, my kids are allergic to coconut and the husband and father-in-law can tolerate it in small amounts, so I don’t feel guilty devouring all of them on my own. 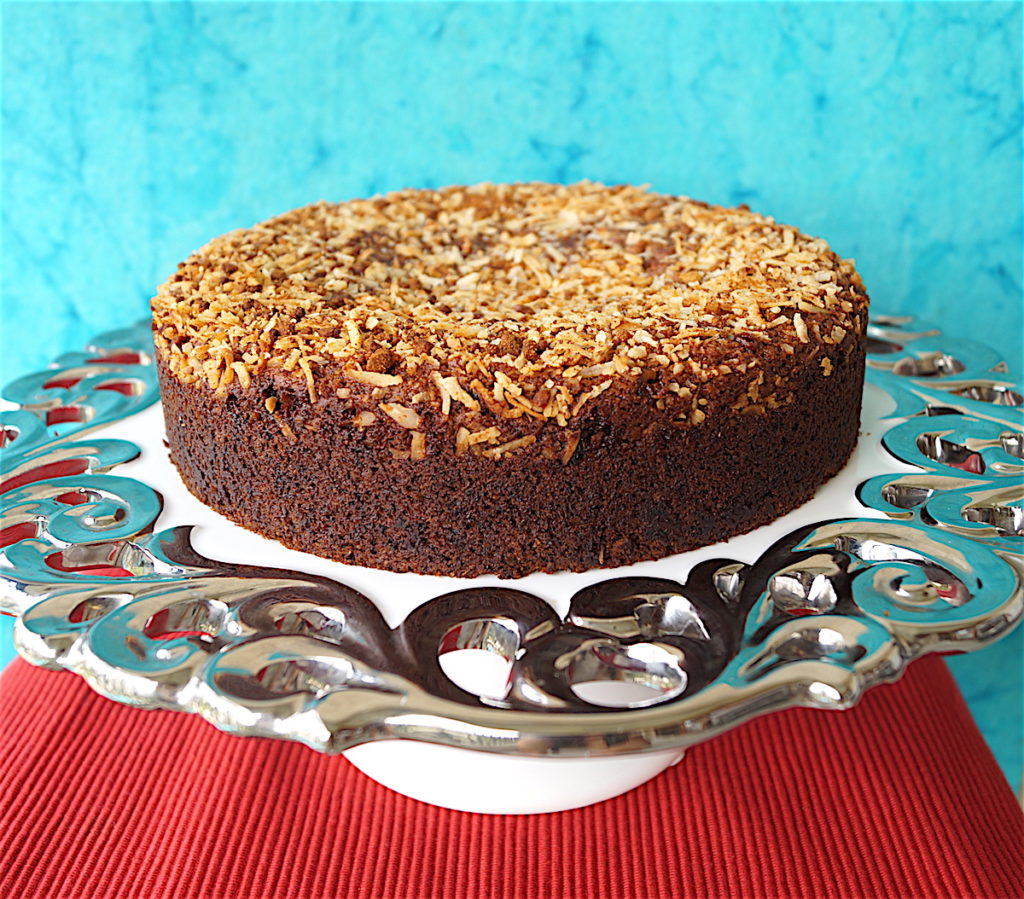 These days I’ve been looking at substituting white sugar with the slightly healthier jaggery powder in as many things as possible, such as my Double Apple Pie and I’ve even made my Banana Walnut Muffins with the substitution and they’ve both turned out fantastic. Jaggery, while still being a kind of sugar with a high calorific content, is still a better option than sugar, which has empty calories, because jaggery retains molasses which have vitamins and minerals. However, it cannot be used as a substitute every time as it has a very distinctive flavour and pairs very well with certain foods and fruits.

As a lover of almost all things coconut, and since I’m all about experimentation, I decided to bake this cake incorporating all the traditional flavours that I love. As usual, as is my luck, the first time I made it, it came out well. The second time, which was for the purpose of the blog, failed, because  —— just because i had to blog it! I dumped too much coconut over the top and the middle sank because of the weight. The third time, I tweaked it a bit and got lucky. Thank goodness, as it’s painful as hell to have to make the same thing over and over to get it right, especially when most people in your home cannot even eat it! You also run out of people to send it to! 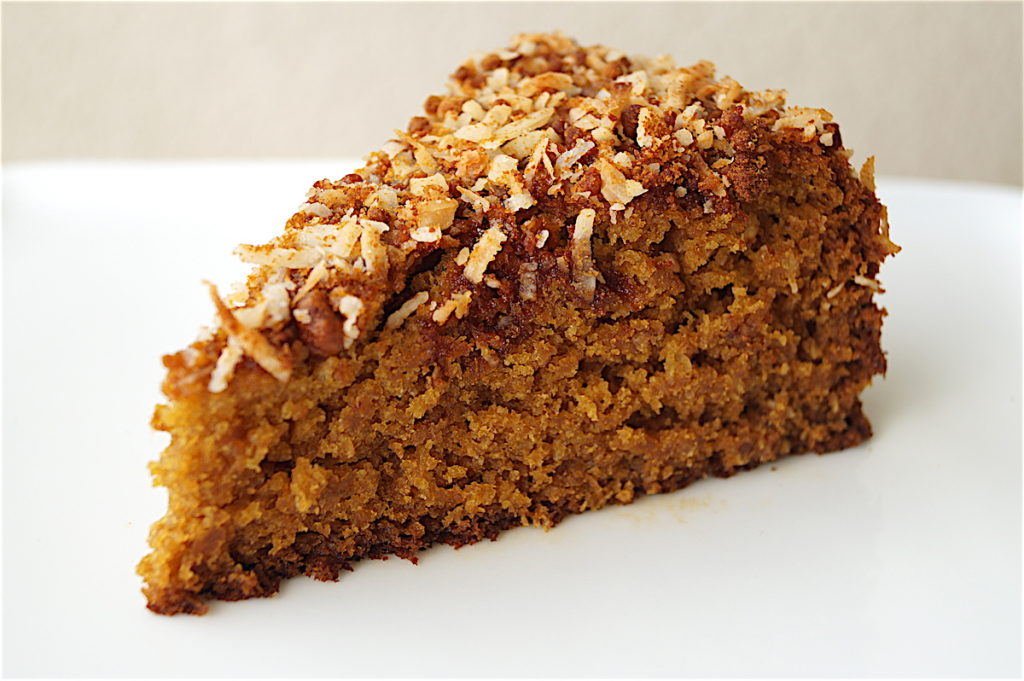 This is a very soft cake as jaggery has a soft and crumbly texture. Coconut lovers should try this. It’s different, and tastes even better the next day as the coconut absorbs the jaggery even better.

Important notes: I only use the heating rods at the bottom of my oven for baking my cakes. if you have an oven where you don’t have the option of turning the rods on the top off you can place an oven tray between the rod and the cake. I don’t use ovens which have only heating from the top.

The most important thing to note when baking is to Know Your Oven. Every oven behaves differently. There have been cakes that have called for 40 minutes of baking time and mine has taken an hour. This knowledge is critical for your baking success.