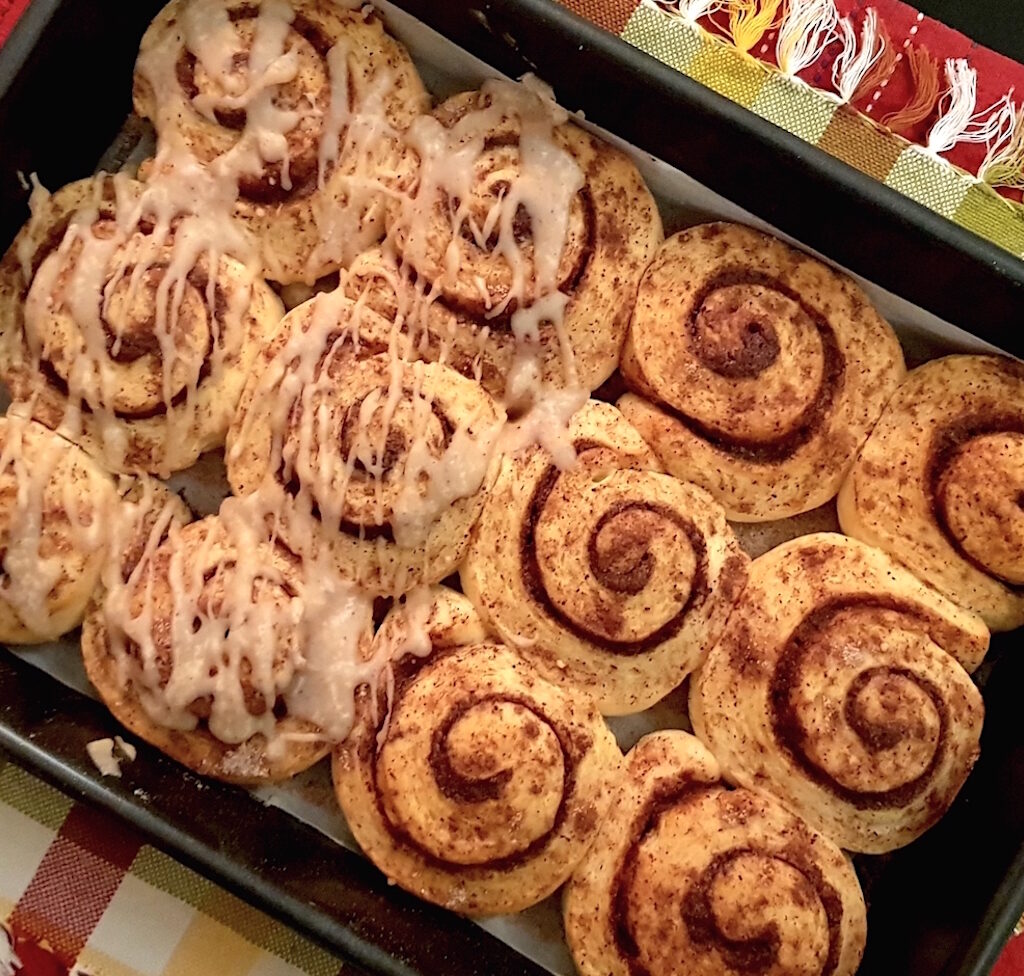 I discovered the joys of yeast just four months ago as I suppose did most of the world, with a pandemic on our heads and too much time on our hands, isolating at home with general anxieties for company. The world got baking, and I did too – breads that is, and what a wonderful discovery it was! We can bake! We can bake well! Hail Google and Youtube! We can make stuff sometimes better than the bakeries and patisseries we frequent! Oh Yay!

So after discovering the wonder of leavening agents puffing up dough to produce fluffy, delicious blocks of concentrated carbohydrates that upon indulgence go and plant themselves straight onto your ass, I decided to get on it big time! Nothing like making your own pizza dough, burger buns, brioche bread, cinnamon buns, milk bread, sourdough – uh no; too much effort for a lazy person like me so will give that a royal skip. Just cannot wait 7 days just to get the sourdough starter going. Better to just buy the stuff.

So last week I promised my kid I would try my hand at cinnamon rolls which she could help me with for a mother-daughter bonding session. She had been complaining about me neglecting her and spending too much time tending to my plants (yes I did become quite the obsessed gardener). The irony is that it happened to be on a Saturday, weekends being the only time in the week the kids are allowed to watch television, so you can guess where madame was – definitely nowhere near me and the workstation for the cinnamon rolls. No contest. I went ahead and made the cinnamon rolls anyway. That would be the first of four attempts to perfect the recipe because I wanted them to be soft and fluffy and bursting with cinnamon flavour and not toooooo sweet.

Boy did my efforts pay off. I made the dough with the proportions for Japanese milk buns, or pillowy Hokkaido bread using the Tangzhong method – where you take a bit of the flour and water and gently heat it to create a roux that helps your dough absorb more moisture thereby creating more of a lift to your bread, resulting in some serious deliciousness. Of course, me being me, I decided to experiment with using milk powder instead of milk and that paid off too. After testing the proportions I devised three times, I finally got the confidence to share the recipe with you all. 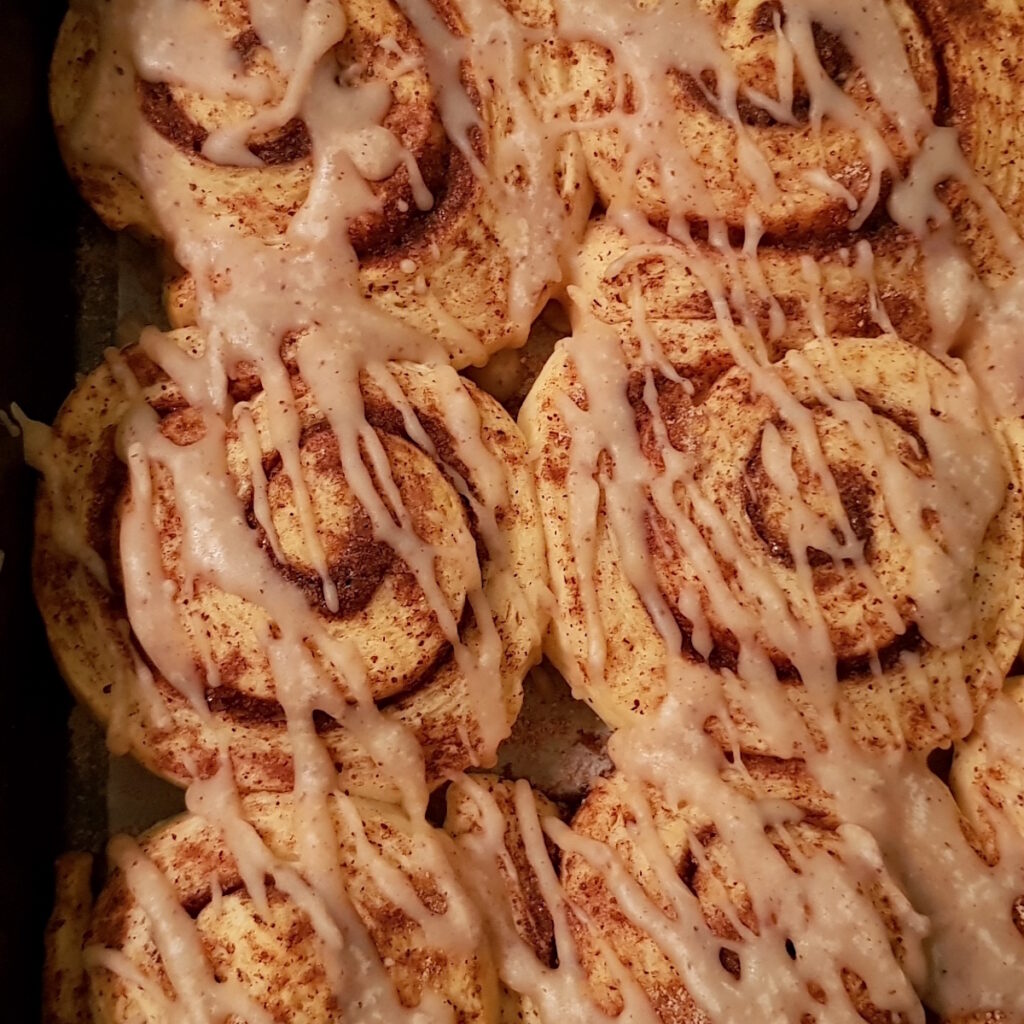 I could not be bothered with making breads and rolls earlier probably because a) I was just not interested. b) I did not know that there was some really good instant yeast available in the market that didn’t require blooming in water, and c) I may have been a teensy bit intimidated by the whole process. All that has been put to rest now.

This is a bit of work and takes a bit of time but try it. You’ll get faster with practise and your family and friends will love you more – that is if you’re inclined to share. These would easily be some of the best cinnamon buns you would have had (presuming you follow my instructions to the tee and have yeast that works well). The cinnamon rolls got rave reviews from whomever I shared them with and every batch I made, got polished off within a day. So here goes.

For the cinnamon sugar filling

For the glaze topping (optional)

Important notes: It is very important to make sure your yeast is active and fresh. Inactive or dead yeast will ruin all your efforts and the dough will not rise.

Also, the most important thing to note when baking is to Know Your Oven. Every oven behaves differently in its heating capacity. There have been cakes that have called for 40 minutes of baking time and mine has taken an hour. Size of ovens make a huge difference. Smaller ovens (19 to 28 ltrs) have higher concentration and intensity of heat so you may want to take that into consideration. You need to tweak the temperature and baking times accordingly if your oven is a bit off. This knowledge is critical for your baking success.

Double Apple Pie With a Twist