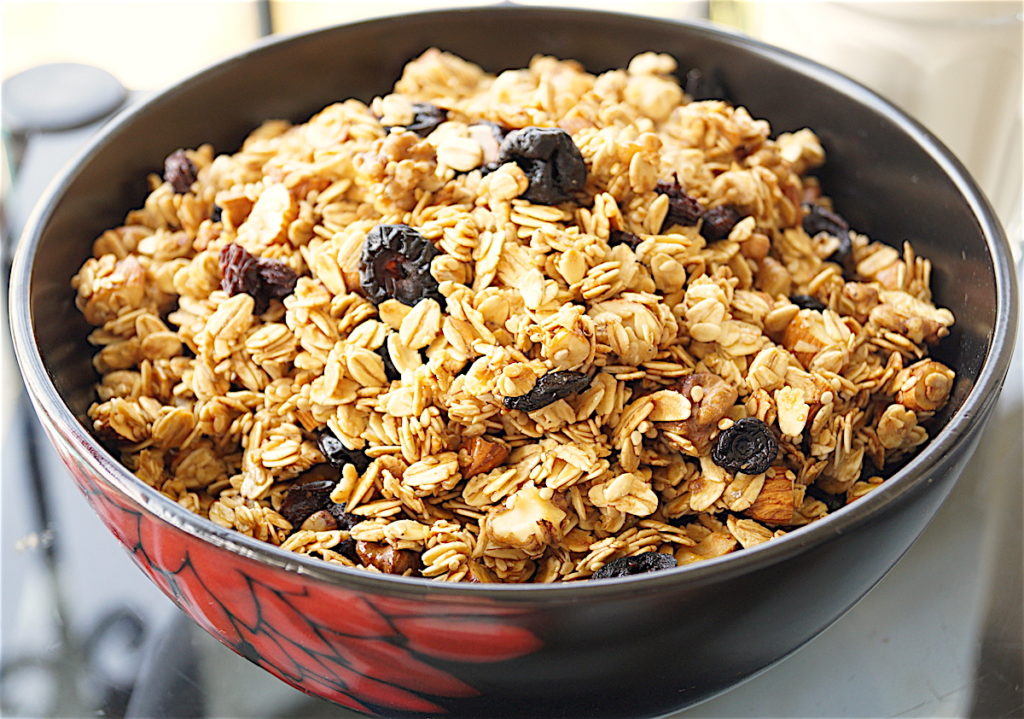 When one’s reached a point where they have to lose kilos in the double digits, food choices shrink considerably. Breakfasts have been consisting of fruit and sometimes porridge loaded with fruit, and egg whites but that gets a bit monotonous after a while. The kids and the hubby love their cornflakes and sugar loaded honey loops and other items with tons of hidden sugars and sodium which makes me cringe, although they are only bought by the husband occasionally and doled out by me very sparingly (to the kids once a week).

So I thought I’d try something healthy and yet tasty at home, something that would be free of preservatives, salt, sugar and oil and thought why not try to make granola? Looking up recipes for the stuff, most had oil, maple syrup or brown sugar added to them. No doubt they would be extremely tasty because the more sugar, the better everything tastes right? Right, but then I’m on the point where the weight loss target is in double digits so that just won’t do. So how does one do this?

The newly health conscious, natural foods-thinking me had me considering just a simple honey coating. Throw in some rolled oats, nuts, dried fruit, seeds, coat with honey and bake. How tough could it be? As it turned out, not tough at all! That’s literally all there is to it. I ordered my hand rolled oats on amazon, got the rest together and voila! When the husband returned from work, I made him try it and he asked where I bought it from. He was quite surprised when I told him I made it. He liked it of course. The kids loved it, but my uncle thought I could have put more honey, raisins and nuts – basically more of everything – but then I reminded him about it being a low-calorie thing to which he said – `so you made it for yourself’. Erm yeeeeeaaaah. 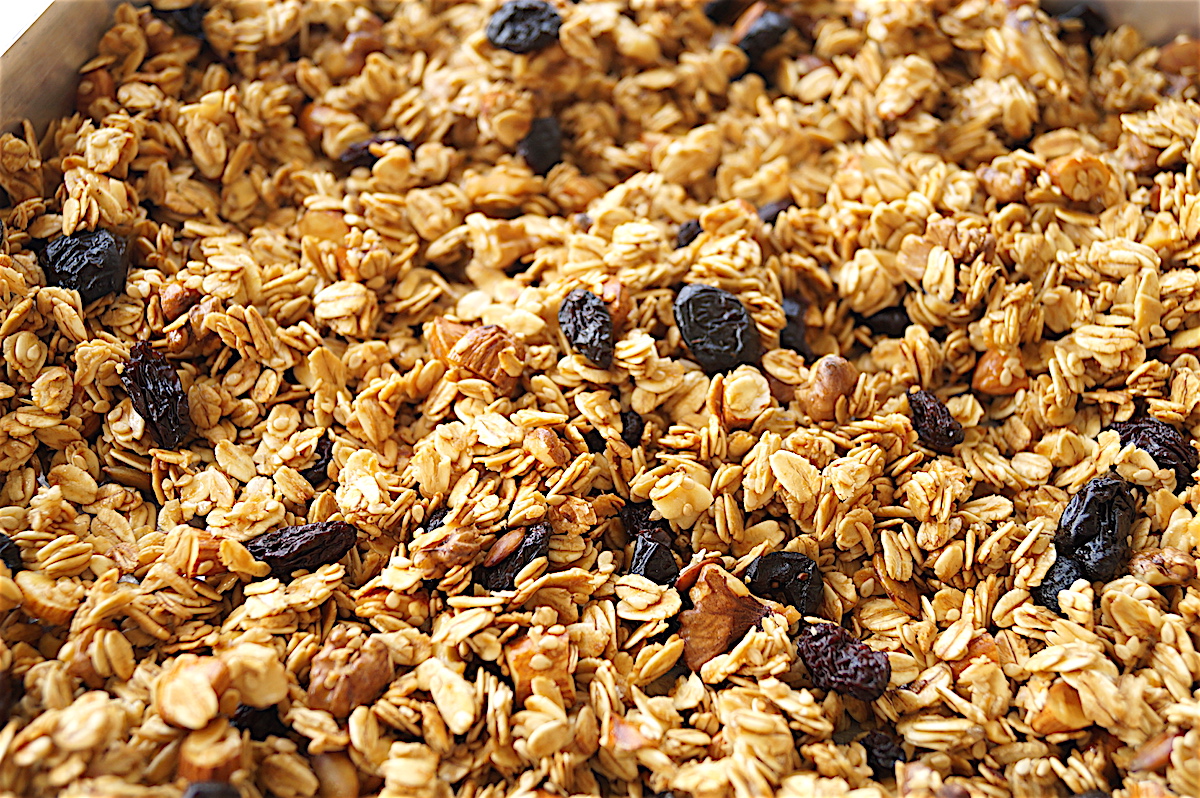 There’s no need to spend big bucks buying expensive muesli from the supermarket, just make it at home. The granola should last at least a week or two in an airtight jar – that’s if it doesn’t get eaten up soon. Dried berries in here could include cherries, blueberries, cranberries and any other berries you like. If these are not available easily, just stick to raisins. They’re good enough to add that chewy, sweet and tart hit to the mix. You can double the quantities of fruit and nuts and add two or three more tablespoons of honey to the oats. For now, you get my no-frills, low-cal version. I will have some recipes featuring the granola in more interesting combinations over the next few days, so keep an eye out for them. The simplest way to eat them is with milk, or you can add them to yoghurt with fresh fruits.

Important notes: As usual, all important notes on in a baking recipe will start with an oven disclaimer. It’s very important to Know Your Oven. Some ovens have uniform heating top and bottom when both heating rods are on and some don’t. On those the top usually gets so hot that it burns your dish leaving a charred useless mess. If you happen to have one of those ovens, put a tray between the top element and the dish so that the heat does not hit the granola directly.

Do not add the raisins or the berries in the beginning as they tend to burn fast and become bitter.