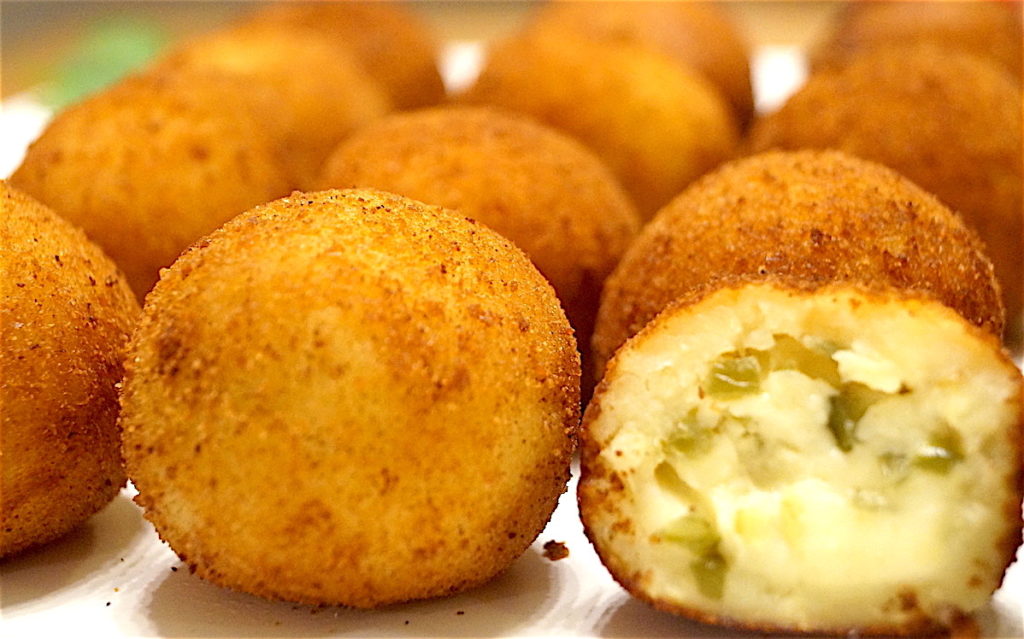 You must be wondering why the obsession with sweet potato. The last recipe was a sweet potato tart, now sweet potato croquettes. Did she buy the damn vegetable in bulk? Yup. she did.

The first time I made the sweet potato tart, I messed up the proportions leaving too little filling in the case. The second time on, I decided to err on the side of abundance, so went and bought more than a kilo and a half of sweet potato. Ended up using just 600 grams on the tart, so now what to do with the rest? Thought I’d try something interesting and stuff it with all the things I like. 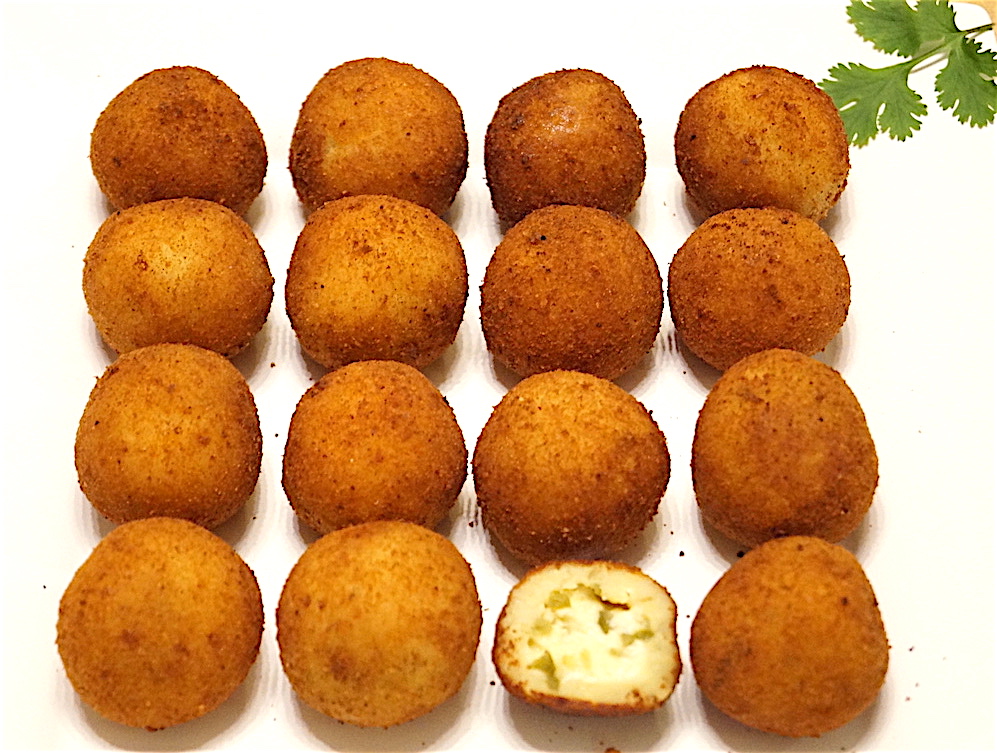 I used our humble processed Britannia cheese but if you use mozzarella cheese, add a pinch of salt to it as it is very bland on its own. Mozzarella will give it a nice gooey filling once fried, while the cheese I used will not melt as much but is just as delicious.

This makes a lovely appetiser for a party and the good part is that it can be made a day in advance, placed in the fridge and fried at the time of serving. Keep the croquettes out of the fridge for at least an hour before frying so that they come to room temperature. If you fry it straight out of the fridge, the core will remain cold. 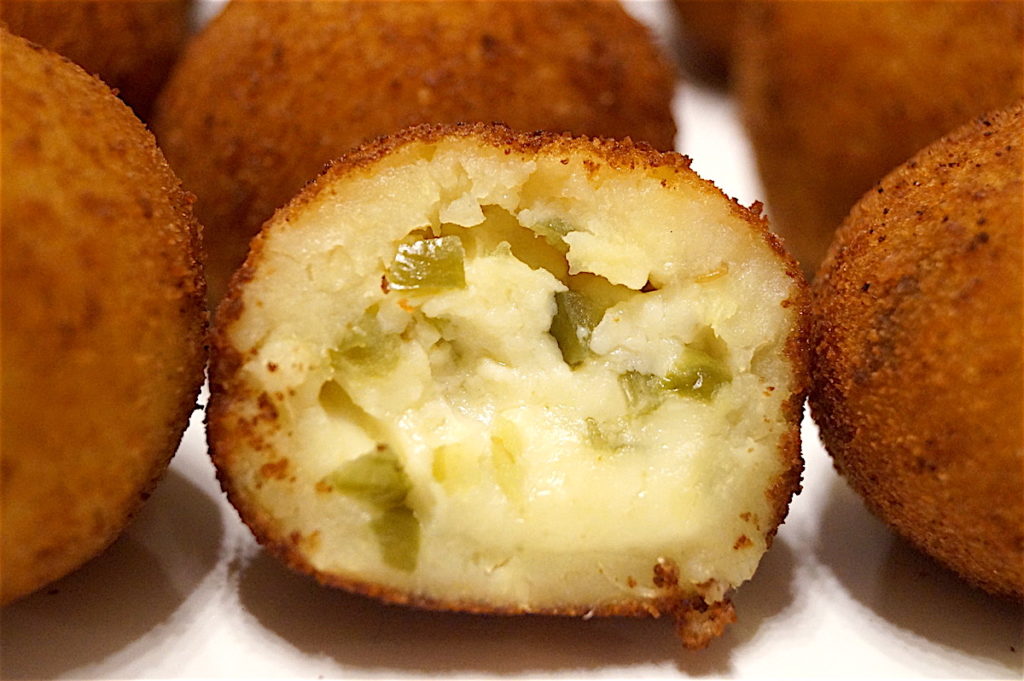 You can serve these with a coriander and mint chutney, or my very mild piri piri sauce, ketchup or chilli garlic sauce or anything you fancy really, OR, you could just eat them without any sauce because they really don’t need them.

* I’ve been serving these at dinner parties with my piri piri sauce mentioned above and have got rave reviews.

Get Started (pictorial steps at the end of the post)