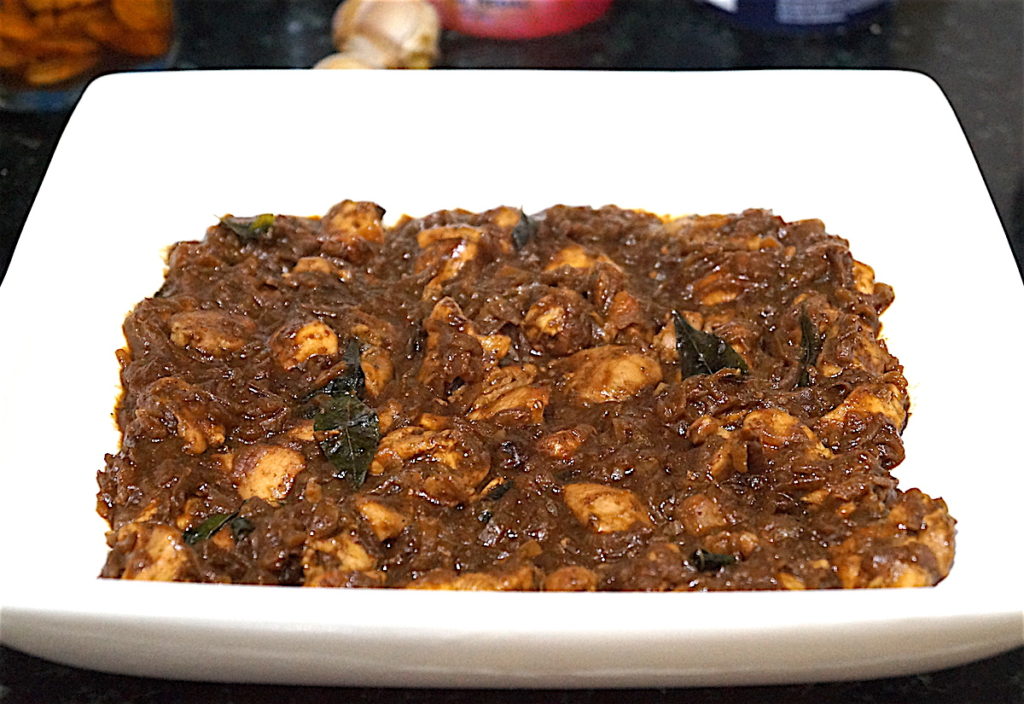 I have great affinity for food from the southern coastal region of India. Their use of spices and coconut and tangy, sweet, spicy combinations are a feast for the palate. Every time I’ve eaten one particular dish at a restaurant, I’ve come back wanting to have more, so I thought, why not try to make it or something similar myself?

As you know, its not easy to just replicate restaurant dishes that you love, but after wracking my brains and fiddling about with ingredients and working out the taste in my head, I came up with a recipe that I thought worked. I made it once. It was okay. Nice but not thaaaat nice. 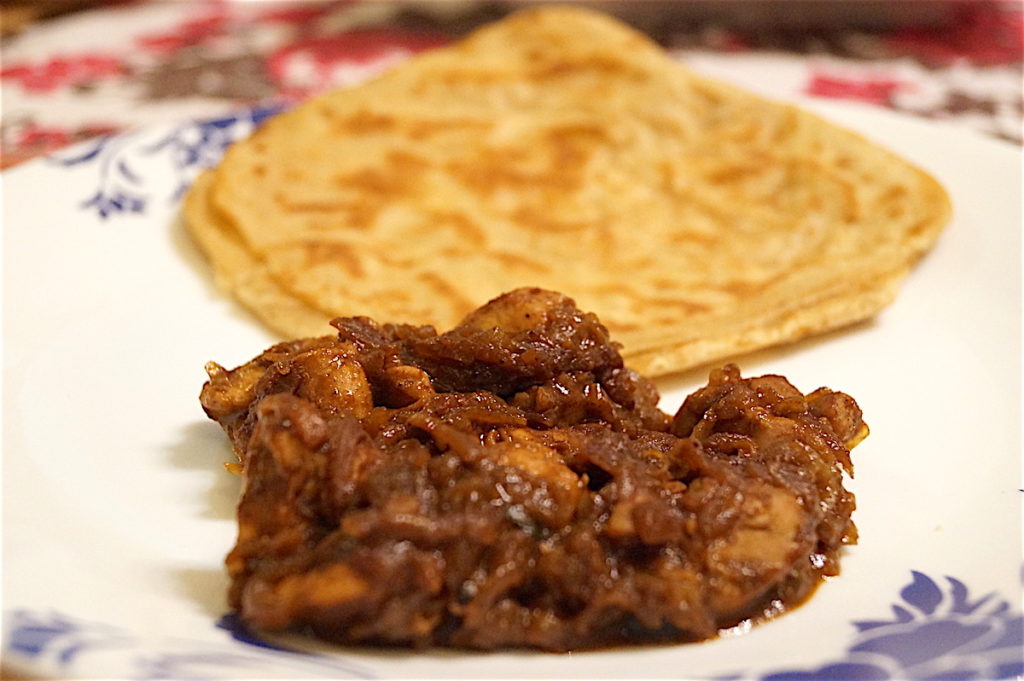 The next time I made it, I forgot the previous measurements and added more chillies, less cumin, and would you believe it, completely forgot about the ginger and garlic that had been made into a paste just for this. And what do you know – it came out perfect! I just couldn’t believe it! Accidental genius. This is one dish I’ve been wanting to have for such a long time and never in my wildest dreams did I think it would come out so well.

The good part about making stuff at home is that you can fiddle about with the measurements and make it less gut-burningly spicy and generally tailor the dish to suit your tastes and here’s one that found favour not only with me but all the adults in my family. I’ve got to try it out on friends now. Fingers crossed. The only one who spat it out was my younger monkey kid whose tastes haven’t developed yet to ingest any spices other than on chips and Kurkure and other packeted bhujiyas. Those she doesn’t feel the spices on but regular meals.. fusspot. Even the older one gobbled it up. 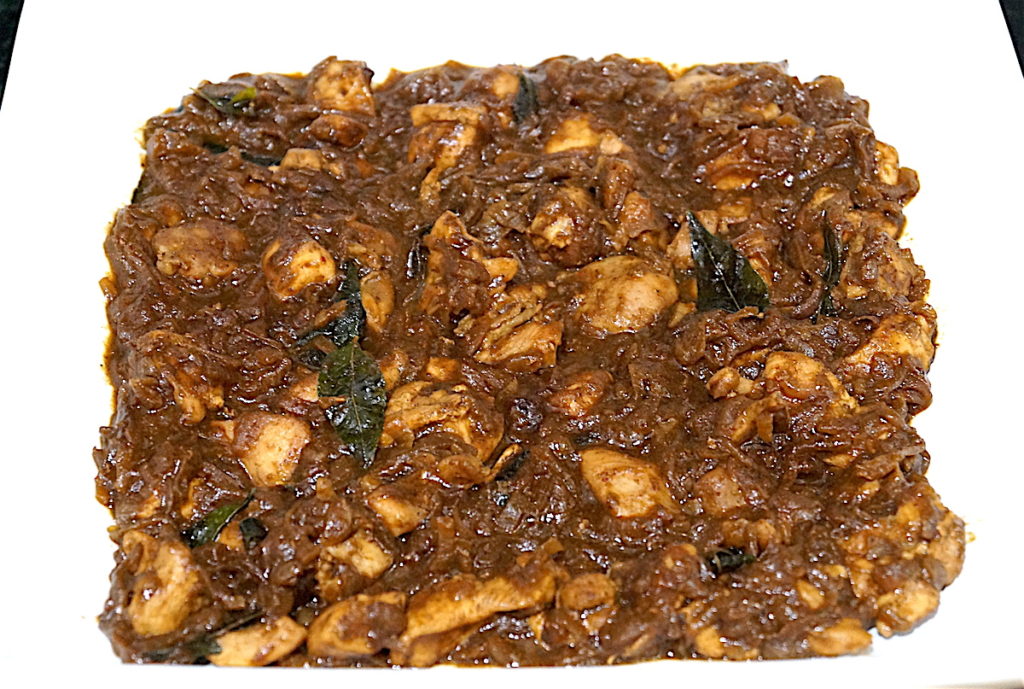 The tamarind paste is easy to make. Just soak a golf ball sized bunch of tamarind in 2 cups of water for at least half an hour. Mix well so that all the tamarind gets dissolved and strain well, leaving just the fibre and seeds in the strainer. Boil the liquid down to a sauce like consistency. You can store this in a glass container in the fridge for at least a month in cool climates and a fortnight in hot humid conditions. There are different types of tamarind you get in the market. Make sure you don’t get the packet with the moist black ones as they are very sour. The tamarind used in this recipe is pictured below.

I’m pretty pleased with my creation. I hope you try it and like it too. Note I have added Kashmiri mirch, or a less spicy dried chilly to this dish which gives it a perfect flavour. I wouldn’t recommend the birds eye variety here as it would overpower the flavours. Here goes.

Soak a golf ball sized bunch of tamarind in 2 cups of water for at least half an hour. Squish well so that all the tamarind gets dissolved and mixed with the water and strain well, leaving just the fiber and seeds in the strainer. Boil the liquid down to a sauce like consistency.

Important notes: Make sure you don’t burn the masalas while roasting. Keep stirring or flipping every 10 seconds. As soon as the aromas start coming out, remove to bowl or plate to cool.

I’ve seen it’s better to use a non-stick pan for the dish. That saves the masalas from catching at the bottom of the pan and burning or turning black.

It’s very important to add the water to the masala powder. That will also save it from burning or catching at the bottom of the pan.