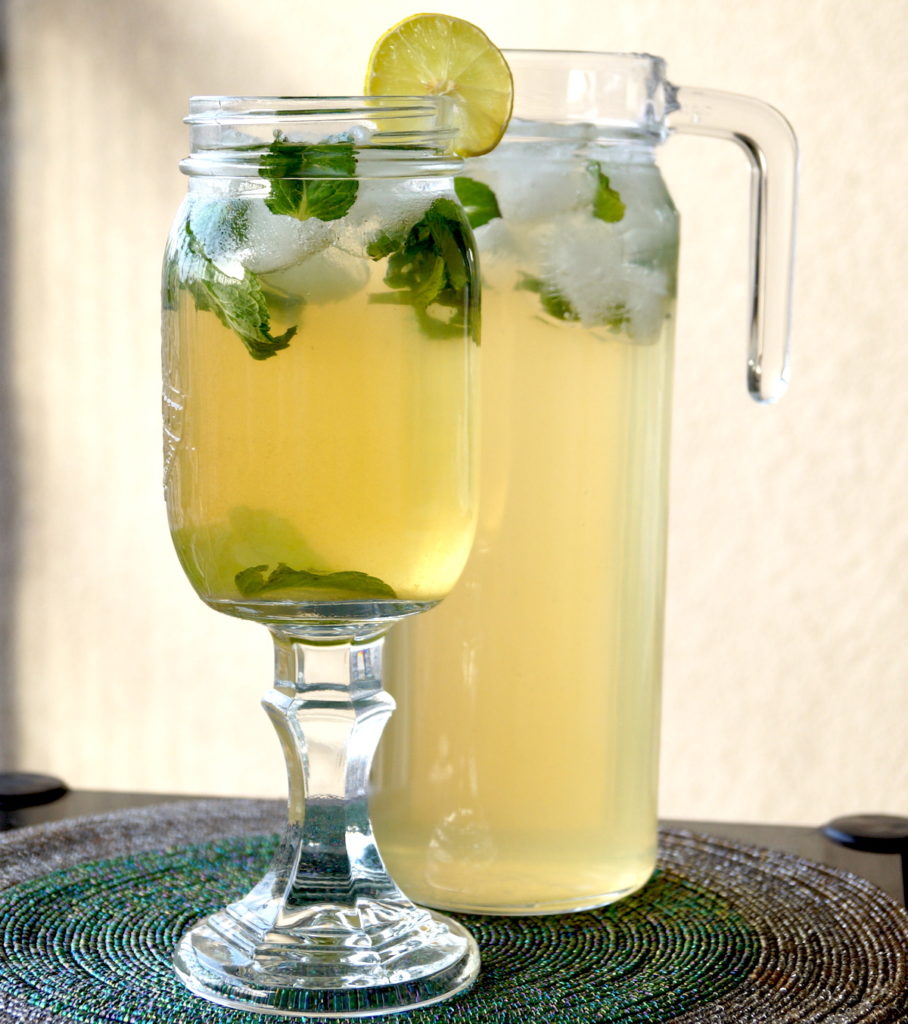 Summer is truly upon us and the dry hot weather just begs for a refreshing drink to cool us from the inside. While many people go for the traditional iced black tea, I’ve moved on to the green tea version at home and have been drinking this all through the summer for the past few years. It’s light, refreshing and healthy to boot, because there’re only natural elements in it and it’s just so easy to make. You’ll never go for the readymade teas after this. I’m a big tea drinker and cannot go without my minimum twice daily fix.

I was introduced to green tea in Vietnam in the late 90’s where my father was setting up tea factories. We had gone to someone’s office in Hanoi and they had these miniature tea pots with miniature cups and kept pouring the tea from one cup to another to wash them first. Then they poured you a cup and you drank. I was very excited to drink my first cup of green tea as I’d heard so much about it. 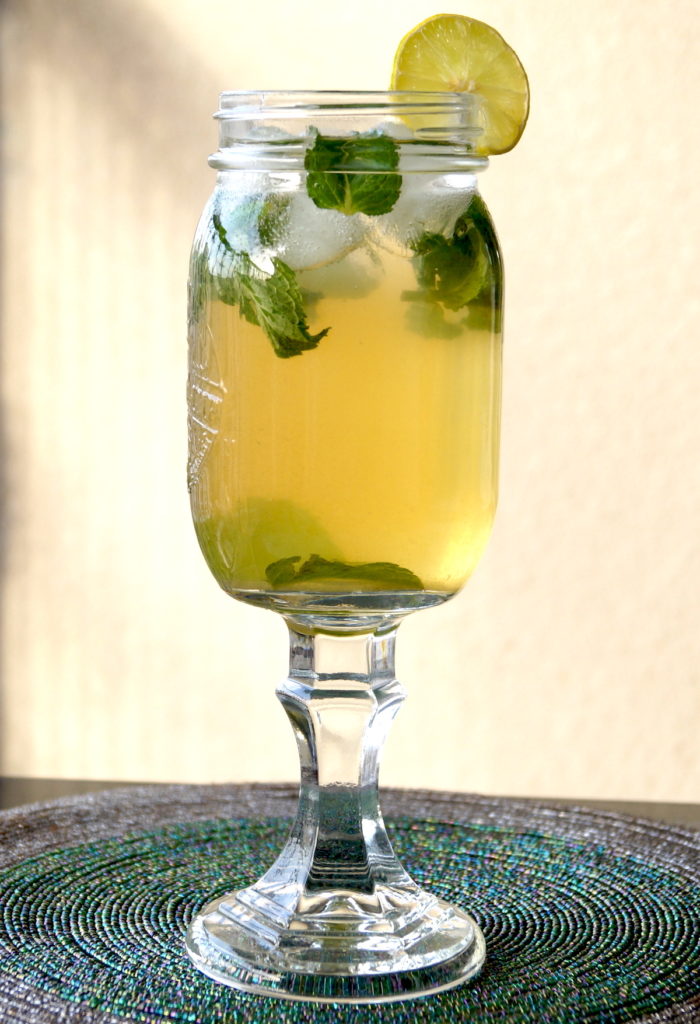 So, I took a big sip – and almost choked. It was bitter as hell and akin to drinking grass. Gawd. My face must have looked as green as the brew and my dad gave me this dirty look to say `better not embarrass me here’. I sat and tortured myself with the rest of it (luckily it was a tiny cup) and went off green tea for a while. But as you know, sometimes things grow on you. I simply could not escape it. I was initially there for three months and wherever we went to any local resident’s place, that’s the first thing we’d get served!

Green tea becomes bitter when it is brewed for a long time with too many leaves sitting in the pot for longer than necessary. I make my tea very light, simply pouring hot water over a strainer filled with tea leaves and don’t let it steep for too long. While I prefer hot tea black with milk and sugar, I’ve completely converted to iced green tea for the summer fix and would love to share it with you. It’s different, but I hope you like it.

Important notes: Make sure the tea does not become too strong. It will become too bitter and in no way enjoyable.

You must throw away the first cup of tea. Boil an extra cup of water for this.

Aromatic Chicken Curry – With No Masala