One forgets about the simple dishes like egg chops, so easy and delicious. It’s been literally decades since I’ve eaten them and last month on a trip back home with my family, my mom mentioned egg chops for dinner and it kind of rang a bell in my head. We made the simple ones back there, just covering the egg halves with a potato mixture, which was delicious and I would eat no less than four of them in one sitting. That gave me an idea though. How about we go for a slightly more fancy stuffing inside.

So I removed the yolks from the halves, mixed them with finely chopped mozzarella cheese (you can even use cheddar or actually any cheese of your choice) and finely diced cubes of ham and stuffed them back into the whites and then coated them in a potato mixture and then breadcrumbs. These are shallow fried in very little oil but one can also deep fry them. 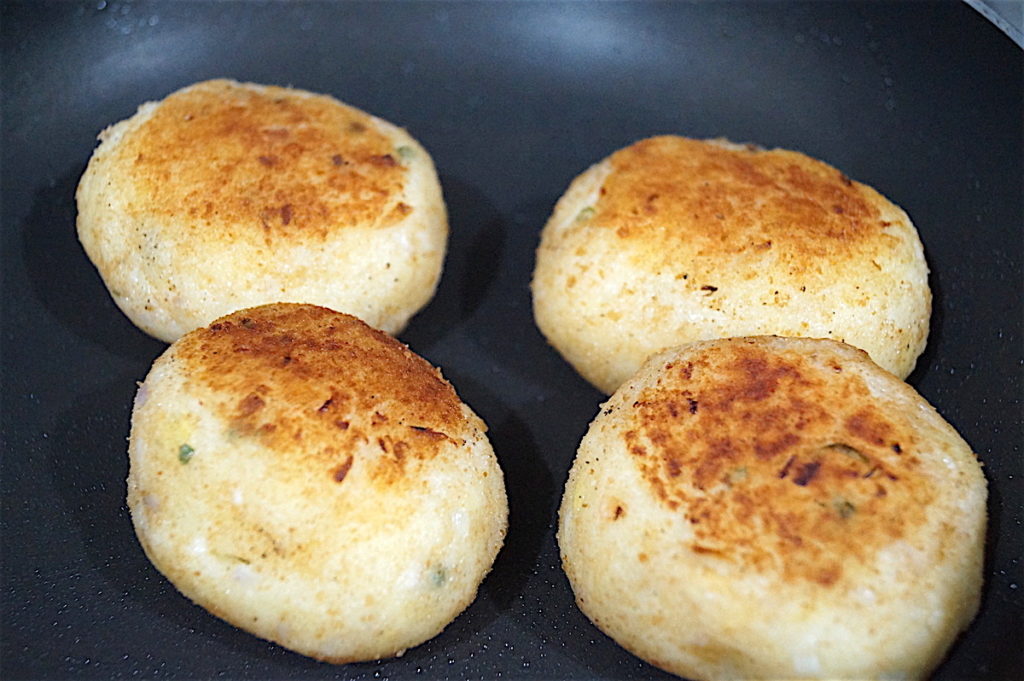 The chops came out yum and found great favour especially with the carnivorous husband and son, because well, ham and cheese are a pleasing combination anywhere right? And the two of them sharing the same lack of regard for vegetables and healthy food will always go for the higher calorie, cheesy, meaty options instead of the simpler but healthier ones! If you want a cheesier and gooier filling then you can toss out the yolks and just stuff the whites with cheese and ham but that’s quite a waste of yolks to consider. 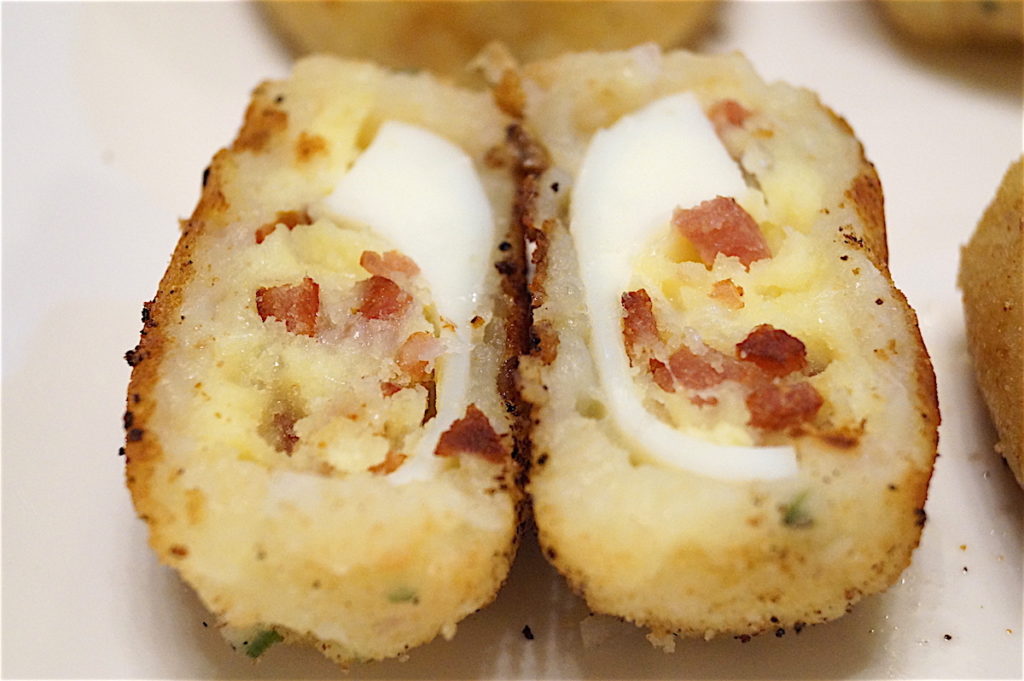 You can have these egg chops for dinner and pair them with simple stir fried vegetables or also this vegetable medley or a salad. Makes for a nice and fulfilling nutritious meal. The chops come out light and soft and are an absolute treat. One thing to mind, if your eggs are small eggs, use medium sized potatoes, if the eggs are large eggs, use larger sized potatoes.