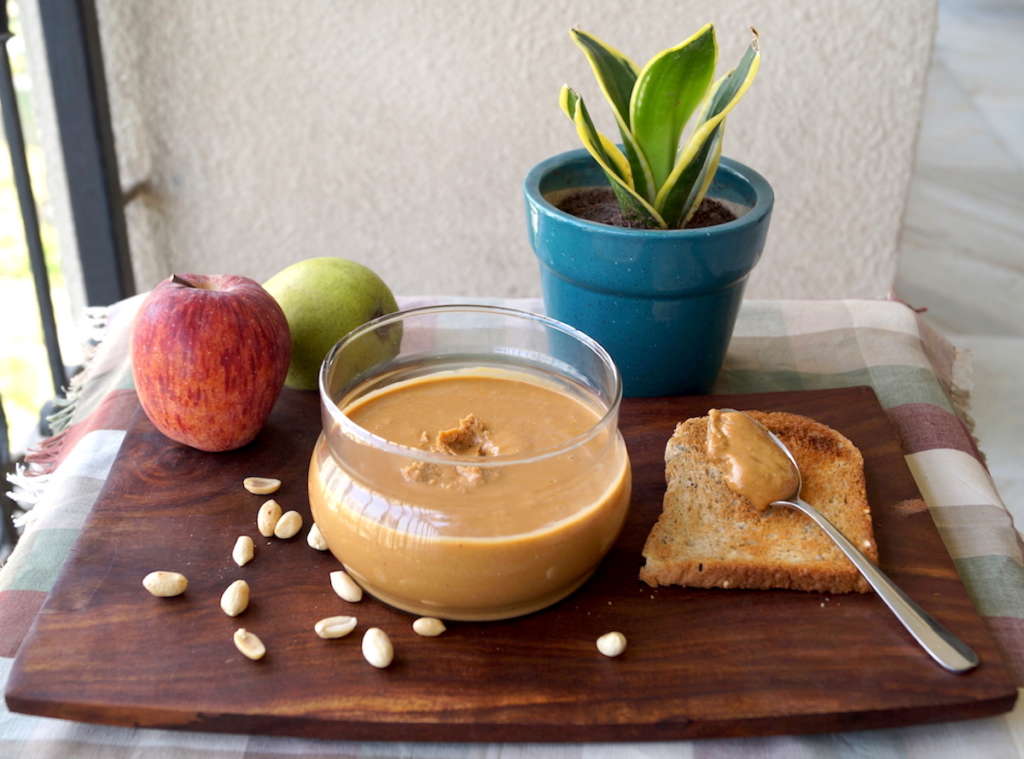 Peanut butter is really one of the easiest things to make. Four ingredients, whack it in the blender and you’re done, right? Right. But – remember, peanuts have a very dense composition, and after grinding to a paste, becomes a big blob of clay-like consistency that can obliterate your wonderfully convenient machine if you decide to get lazy and dump a whole load in thinking you’re being super efficient. I made one kilogram of this and had to do it in three batches.

The first few times I made peanut butter was in a small 30-year old ‘National’ food processor that my parents passed down to me and I realised that if I wanted the machine to last longer than a week, I would have to forget about making peanut butter in it. The old faithful did a good job but is too precious to destroy. Then, just before this batch, I tried it in a mixer grinder and that was a total bust because after a minute the machine got so hot that I didn’t let it go further, and as a result, got a more powdery mixture than a creamy one. This is also because I’m trying to limit oil addition to the minimum. Put a ton of oil and no worries, but the beauty of making your own peanut butter is that you get to control your ingredients. No preservatives, minimum oil, salt and sweetener to your preference. It’s all good. Which is why, because my kids love peanut butter so much, I persevere in this labour of love. 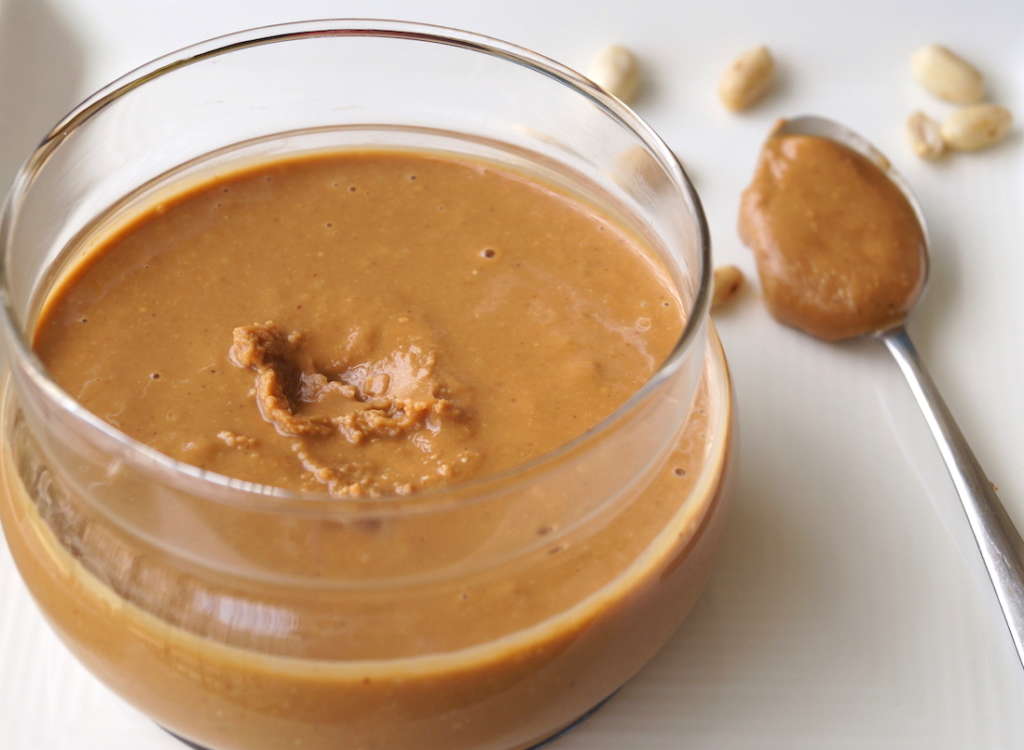 After considering how much I really wanted to keep making peanut butter at home, I started researching powerful blenders and then zeroed in on the Vitamix, which I requested the husband to bring back from his trip to the U.S. He very sweetly complied and this mean machine, considered the Rolls Royce of blenders, still groaned under the load of 350 gms of peanuts, so I had to keep giving it a break. Once it even stopped and I had a mini panic session but then realised it has an automatic switch off when it gets overheated and you’ll have to sit back for 45 minutes before powering up again. Could be best to do this in two batches. 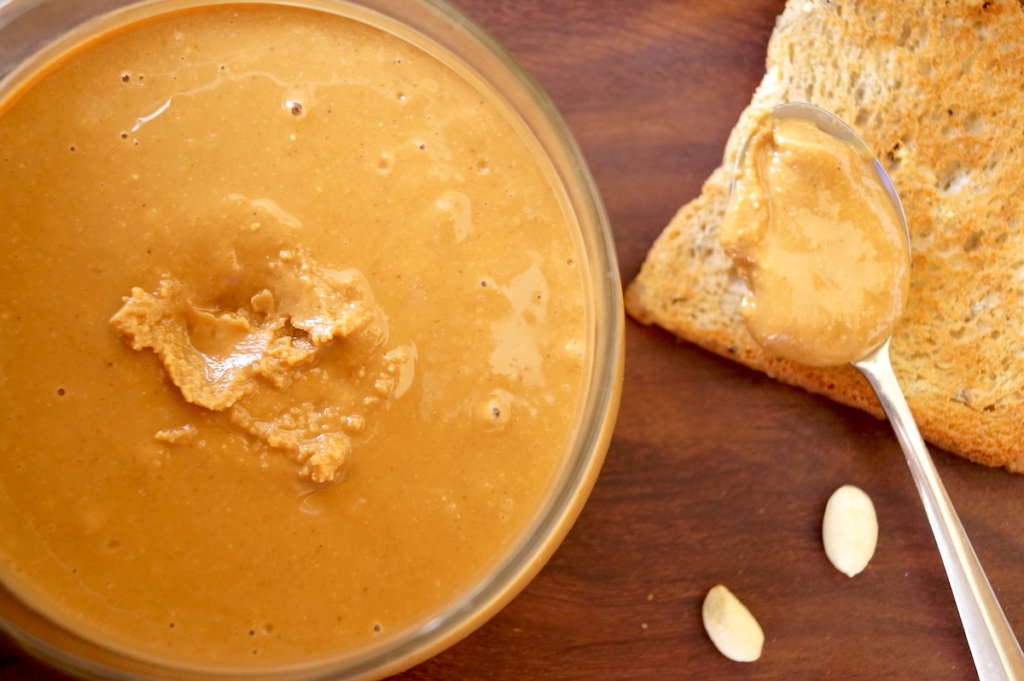 The Vitamix was well and truly worth it. After about seven to 10 minutes of blending, I got a smooth, creamy peanut butter which tastes as good – if not better – than the store bought ones, without any of the nasty preservative stuff. I used honey and Himalayan pink salt in my recipe and very little oil. It’s well worth it. Use a heavy duty food processor for this. You won’t get the consistency of store bought peanut butter but you’ll definitely get  a healthier version.